I love these kinds of bars- or are they cookies- or are they candy? Probably a combination of all three. One thing I do know is that they are sooo yummy! I had to get them out of the house beofre I ate the whole batch, so I decided to take them to my students and let them be the judges. Now, just to bring them in for no reason and let them eat away; well I suppose I could have done that, but I thought it would be better to put it under the guise of a "prize" for a Quiz Bowl type of activity. They were given a group of questions, divided into groups and told that the first group to finish with the most correct answers would get the prize. OK, so I knew in advance that everyone was going to get them , but I didn't let them on to my plan. 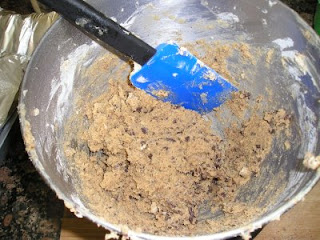 Towards the end of class when everyone finished, I announced that not one team had won, but all of them. (Did they really think I was capable of handing out goodies to one and not the others?!) I explained to the class that I am a member of an online baking club and from now on they will be my "taste testers". ( Yeah, they were real upset about that news!) Great way to get my baking done and not leave it in the house, since my waistline is definitely suffering the consequences of my efforts. 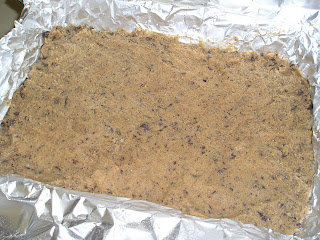 The verdict was happily very clear this time. It was an overwhelming thumbs up! They just about finished the whole box ( I think they were all just a bit shy about being the one to take the last one or two!) 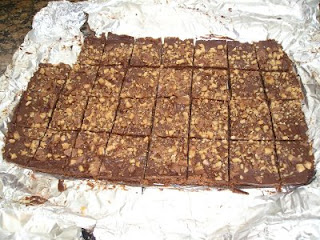 As far as the actual making of the bars, the base was very easy and Dorie's description of the bubbling in the oven was perfect. I found that pressing the dough down in the pan was a bit sticky and messy but nothing major that couldn't be dealt with. I don't get Heath Bar Bits or even Heath Bars themselves ( this country doesn't know what it is missing!!), so I had been looking for an alternative. Luckily I found some Heath Bars in a specialty store that brings a lot of imported foods, so I just crushed two candy bars and sprinkled them over the top. Worked super!!