Baked Sunday Mornings-Bananas in a Blanket 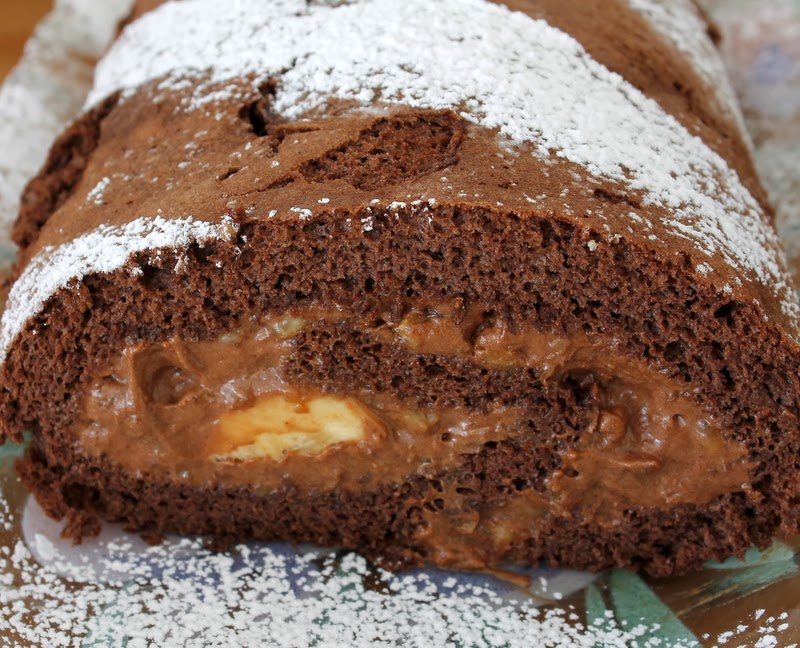 I'm a morning person; early morning I would say. Even on that coveted Saturday morning, where sleeping in is the prize after a long work week, I'm awake and busy very early. I do my best work in the morning- no matter what it is I'm doing, I do it best in the morning. What I don't accomplish by, let's say noon at the latest, usually doesn't get done that day.
So on Saturday mornings, while the rest of the house is still snoring, I bake. I usually bake a bread or two and then something sweet. It's become my special time and I love it! 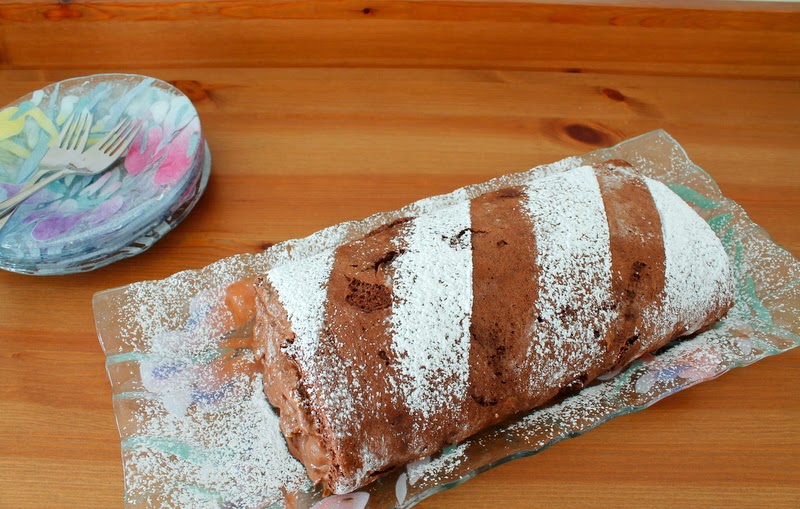 This morning I made a bread that has become a household favorite and the reason you will no longer see a store-bought package of bread in my house--ever. But that is for another post, sometime soon I hope.
The sweet on the list this Saturday morning was the designated recipe from "Baked Sunday Mornings" from Baked Elements by Matt Lewis and Renato Poliafito. They call it "Bananas in a Blanket".......reminds me of "pigs in a blanket"- just the name I guess, but the title had me thinking something else entirely, before I read the recipe.  Basically, it's a chocolate jelly roll sponge cake filled with a chocolate banana cream, rolled around some bananas.
Some members of the group mentioned that this cake was a bit scary looking (the directions, that is) but I decided to take it on anyway. The cake base is the tricky part, but if you follow their instructions to a tee, then there should be no problem. The cream itself was easy to make and tasted yummy all on it's own. I spread the entire amount on the cake roll which in retrospect, was too much. After I placed the bananas, (which I sliced in half lengthwise) and started to roll, I could see that less would have been better. The cream and a few banana pieces oozed out the end, but that was fixable.
Conclusions- less cream on the cake, delicious taste and nice presentation. 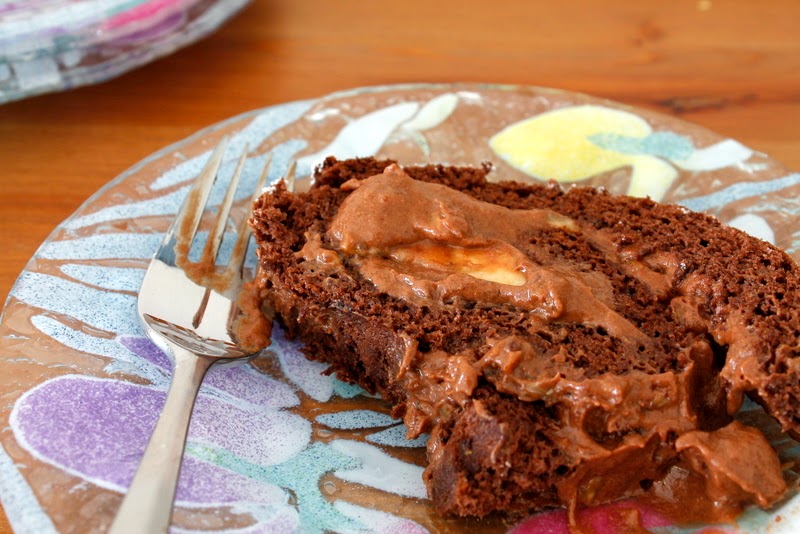