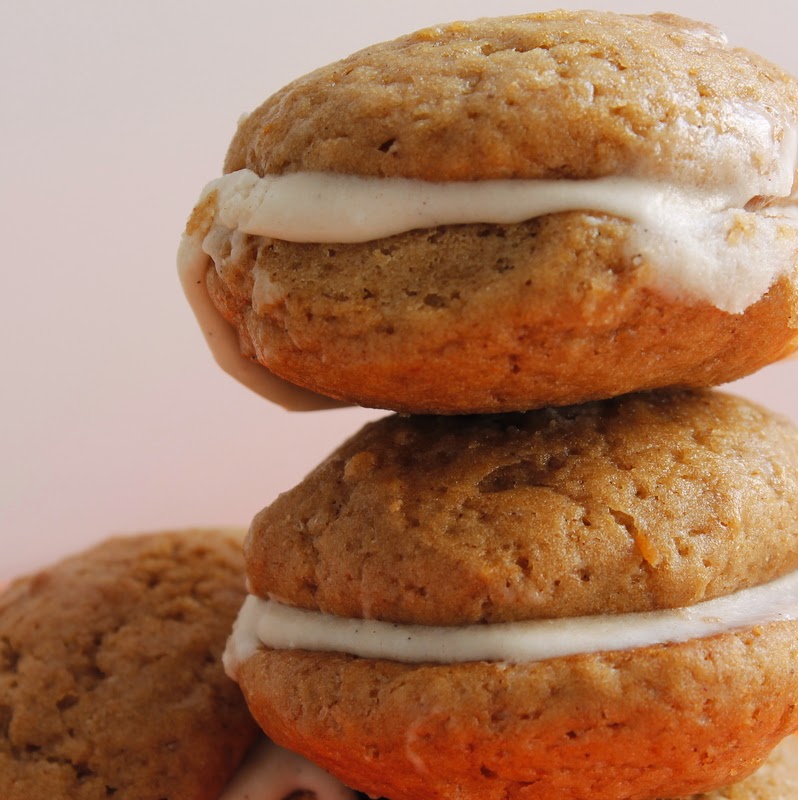 "Whoopie Pie"- strange name for a dessert- or anything for that matter. The word whoopie reminds me of either:
Whoopie Goldberg

or the "whoopie cushion" 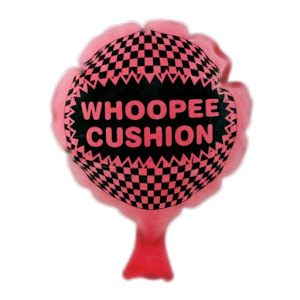 But whoopie, in this case, means pies(or cookies or cakes or cookie cakes- whichever suits your description). The official definition of a whoopie pie according to Wikipedia:

The whoopie pie (alternatively called a black moon, gob (term indigenous to the Pittsburgh region), black-and-white, bob, or "BFO" for Big Fat Oreo. (Also recorded as "Devel Dogs," and "Twins" in 1835[1]) is a US baked good that may be considered either a cookie, pie, or cake. It is made of two round mound-shaped pieces of chocolate cake, or sometimes pumpkin or gingerbread cake, with a sweet, creamy filling or frosting sandwiched between them.[2]

There is a lot of controversy as to the true origin and history of the whoopie pie, but whatever the case is, the basic whoopie pie has been developed into a variety of flavors and combinations.
I love the texture of the soft cake but in a cookie form.
The recipe here calls for a swiss meringue chocolate filling, which I'm sure is delicious. I had so many fillings and frosting leftover from previous projects that I decided to combine a few and use that instead. I ended up with a vanilla-cinnamon filling that worked beautifully with the lightly banana flavored cake. I also reduced the amount of bananas in the recipe since I didn't want an overwhelming banana bread taste. It all worked really well.


I loved the fact that these were easy to make, quick and didn't even need a mixer! Yay, less to wash!
Give these a try- you can find the recipe at Baked Sunday Mornings.
Enjoy!