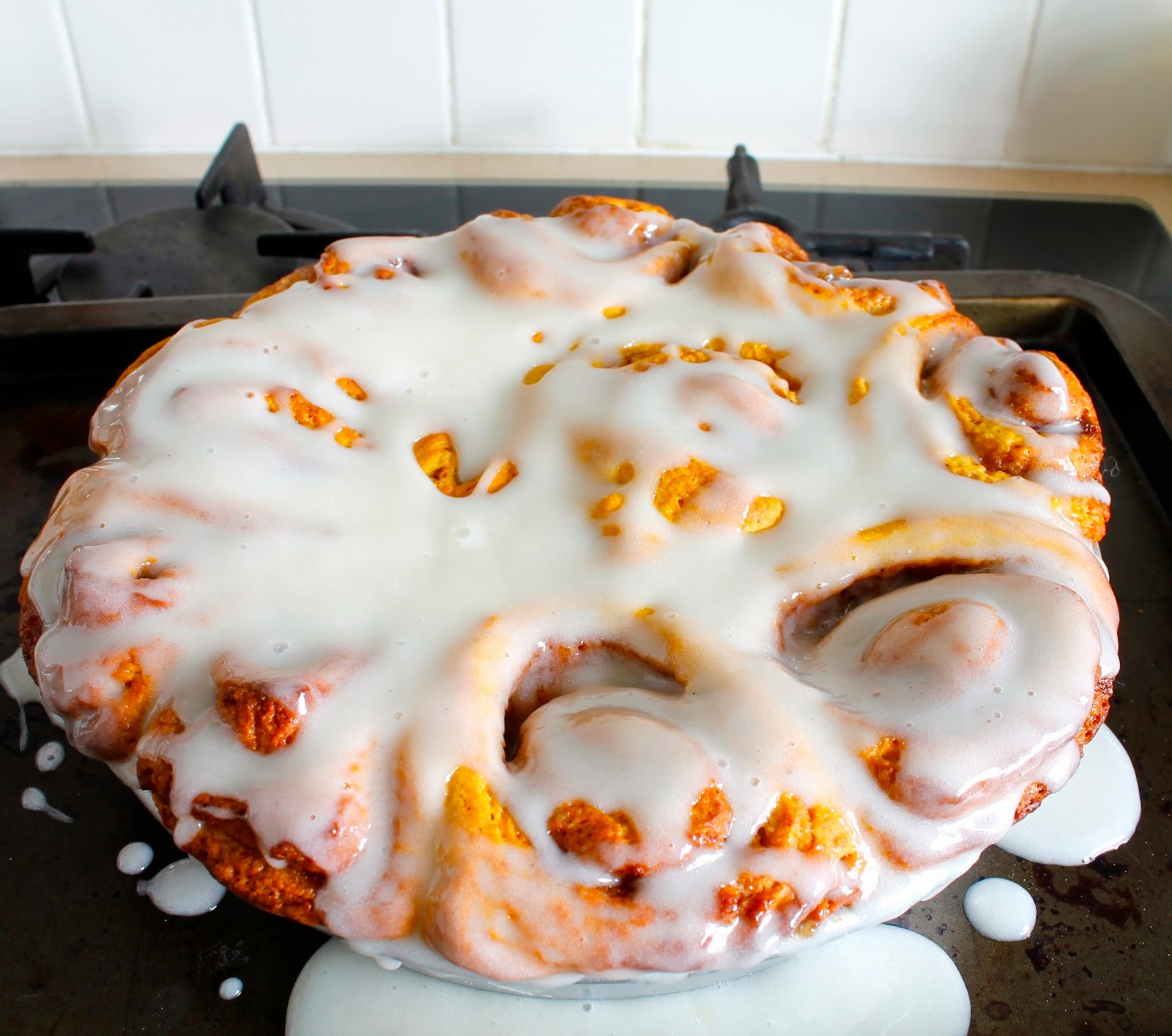 Pumpkin is good. In anything. With anything. In any form. That's just me though. Th earthy flavor goes so well with the spices- cinnamon, cardamon, nutmeg, cloves, ginger.

I'm not sure exactly what the issue is, but these come together a bit too soft for proper rolling. I had to use a lot of flour to be able to get it out of the bowl and then roll it on a heavily floured surface. Not that it affected the taste. They are scrumptious! Next time (which there definitely will be), I will do a few things differently than called for in the recipe. One; I think using a dough hook instead of the paddle attachment might be better- we'll see. Two; bake it a bit longer than I did- the middle was JUST done, but could have been even more so. It was hard to tell until I cut into it. 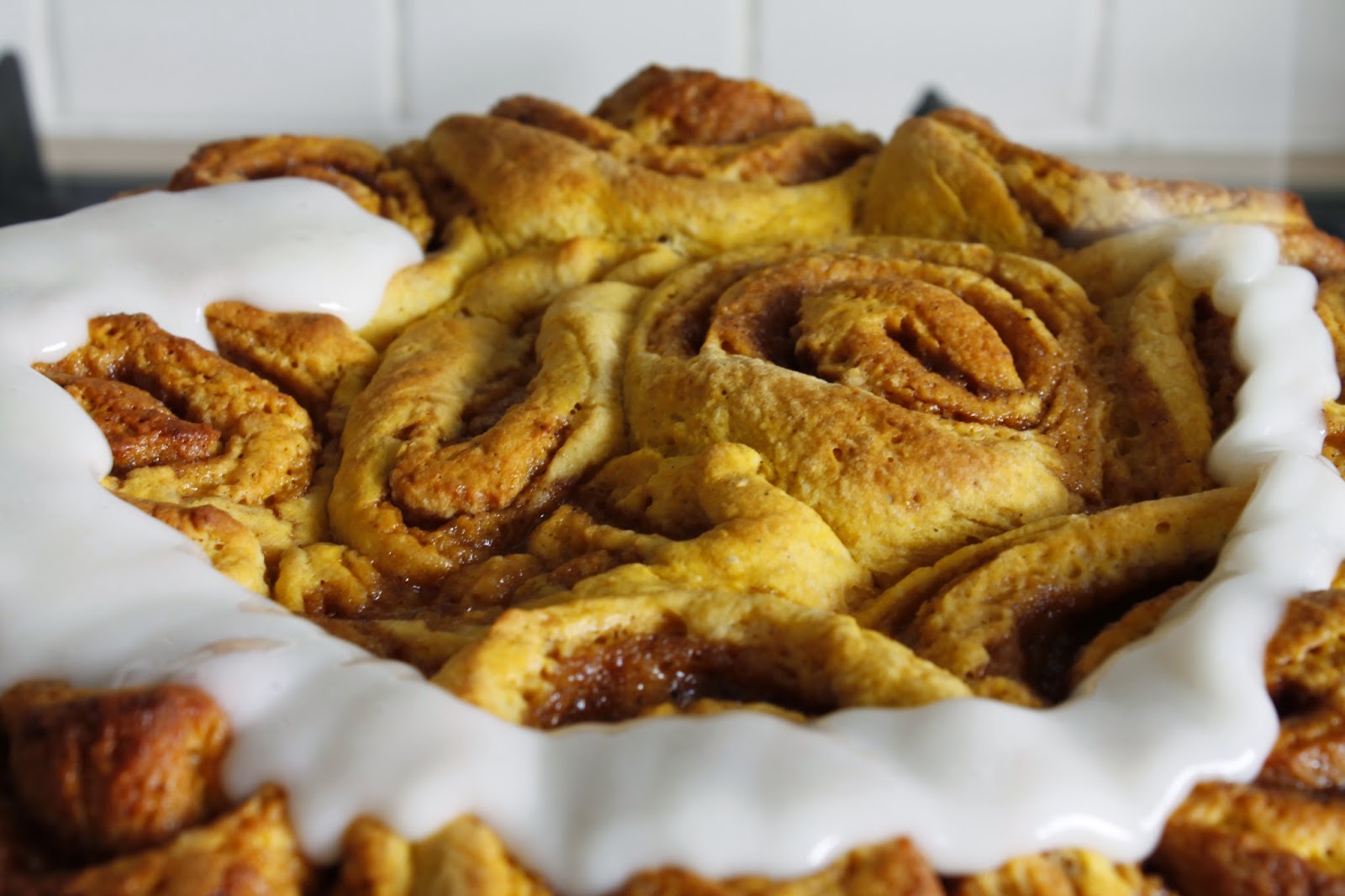